The time has finally come. We’re officially going to stop using the WordPress site as of today. We’ve set up a new subscribing/newsletter button over on the new site so you don’t have to miss out on getting our writing straight to your inbox. Head over to our flashy new Annexe site and on every page under the magazine tab, there’s a little form on the right for you to put in your email.

We’ve upgraded our output too, so instead of getting all the articles as and when they are posted, we’ll be sending out a properly drafted newsletter every fortnight with the latest articles linked and a few extra bits that we think you’d like to hear about.

A massive thank you to everyone who has been reading since the beginning, you’ve helped make Annexe what it is. Now come with us to the next step and enjoy our site in all it’s swanky glory.

We’re proud to announce that our next event will be at the end of this month. A night all about the city. Read all about it further down, and then come along, why don’t you!

The cityscape has long been an influence on modern writing. As a setting, a starting point or even a medium, the urban landscape draws a particular kind of creation from writers.

Annexe has brought together four of the finest writers working with the urban condition for an evening of talks and performances that display their hugely varied takes on the city.

On the bill we have:

With a long-standing history of poetry and prose, Iain Sinclair is sits at the leading-edge for writing that deciphers the hidden aspects and connections of London. His work has reinvigorated the call for psychogeographical exploration across the globe. For Words on Cities, Sinclair will present a talk based around his forthcoming book American Smoke: Journeys to the End of the Night. When Iain Sinclair was first setting out, it was mainly American writers that influenced him, but he never visited the USA. Locked down in Hackney, the transatlantic mass was as unreal as Kafka’s ‘Amerika’.

Tom Chivers is a poet and editor residing in London. His recent work, with the Cape Farewell project, has led Tom to investigate the changing landscape of London and unearth an urban geography that has been covered by the constant growth and renewal of the capital city. His talk will focus on his practice of ‘psychogeology’ and his migration through the lost rivers of London.

Katy Darby is a writer, an editor, a teacher and the founder of the incredible storytelling night Liars League. Katy will be reading a selection of her prose work based around London.

Clare Fisher’s current project The City in my Head is an exploration of London through fiction. Each story shows a snapshot of a particular area, constructed from human experience. Claire will be reading a selection of works from the collection.

Today we finally pulled the cover of our brand new site! All singing, all dancing. New and improved. Better than ever.

WordPress has been a wonderful home to us for over a year and a half now. It’s straightforward layout has been a joy to work with, but now we’ve decided we want to cut the .wordpress. from our name and exist on our own two feet at http://www.annexemagazine.com. Like a bird flying from the nest (actually more like a teenager leaving home, because we’re still utilising the WordPress CMS in true semi-independent fashion) we will be posting primarily to our dedicated domain. It all looks quite fancy over there too! The layout is updated, though not too distanced from the look you’re used to. Head on over and have a look. If you spot anything that needs changing, drop us a line and we’ll thank you for your vigilance.

If you’re subscribed to us via WordPress, not to worry. We’ll post duplicate articles here until we’ve found a suitable replacement for the subscription system.

For Two Tales (the much-loved sister of Two Poems) we are joined by Akiho Schilz. A writer and poet by trade, Akiho is delving into both for this installment of the series. First, she is reading her short story Not Waving, a tale of growing up and creating one’s own mythology. To complete her reading, Akiho has chosen Leonardo’s Machines, a poem by Tobias Hill from the collection Zoo. END_OF_DOCUMENT_TOKEN_TO_BE_REPLACED

Adding a bit more prose to the proceedings, we are joined by Will Conway. As part of Two Tales (the much loved sister of Two Poems) Will is reading his short story Transport, and a story by Ted Hughes called How the Cat Became.

We chatted to Will a little bit about the two stories and you can read all about it after the jump.  END_OF_DOCUMENT_TOKEN_TO_BE_REPLACED

We are joined by Gibraltarian poet Gabriel Moreno for this installment of Two Poems. Gabriel’s recent work has been concerned with the myth of Orpheus, a story that he has recrafted into a modern day poetry series about searching, loss and renewal.

For this performance, Gabriel has read Ballad of the Moon by Federico Garcia Lorca, and to remain faithful to the original poem, he has read it in both Spanish and English. But to start, Gabriel has performed his own poem, Orpheus and the Maenads.
END_OF_DOCUMENT_TOKEN_TO_BE_REPLACED

We’ve got an Annexe favourite for Two Poems today. Poetic stalwart, Gloria Sanders reads her piece, The Contortionist, and a work by Felix Dennis.

END_OF_DOCUMENT_TOKEN_TO_BE_REPLACED

For 2012’s first edition of Two Poems, we bring you Anya Pearson. A co-founder of the poetry publication, Inc. Magazine, and a brilliant poet and writer, Anya is reshaping London’s literary scene. Today she reads one of her own poems and one by Felix Hodcroft.

END_OF_DOCUMENT_TOKEN_TO_BE_REPLACED 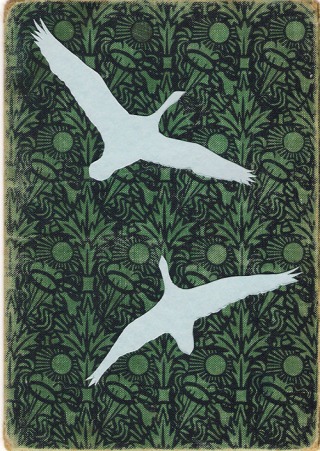 With a presence that fills the room and an effortlessly silken voice, Natasha Moskovici is perfect as a performance poet. Lucky then that she is exactly that. Shaping words to create pieces of joy, despair, confidence and doubt, Moskovici tells us stories we have never heard, but somehow already know. Human experience transformed into beautifully metered fiction.
Today she performs two works for Annexe. The first is her poem, Dylan. The second is Wild Geese, a poem by Mary Oliver. END_OF_DOCUMENT_TOKEN_TO_BE_REPLACED

Today is an auspicious day for Annexe as it marks the first prose addition to what was previously the Two Poems series. You can still divide the two if you are that way inclined; Two Tales and Two Poems will still have their own categories, but if you’re an all-encompassing lexiphile you can click on the Two Texts category to get both in one delightful bundle.

The first author to read some prose for you is the exception Komal Verma. We spoke to Komal a little while ago about her upcoming novel The Sword and The Scion. Ever the versatile  writer, Komal also crafts stories in a more bitesize length. Today she is reading her short piece The Warning and an extract from Italo Calvino’s Invisible Cities. 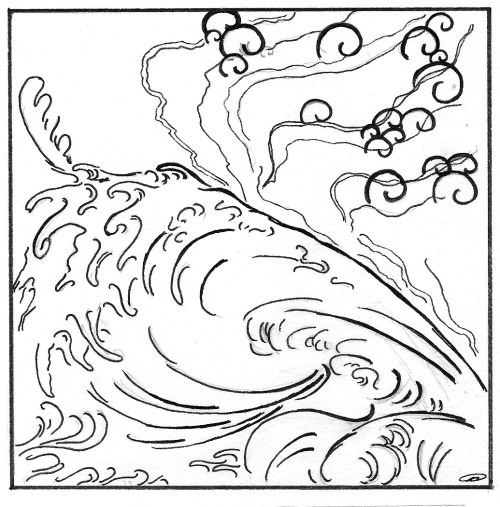 More about both works after the jump END_OF_DOCUMENT_TOKEN_TO_BE_REPLACED