For the first Meanwhile of the new year we want to get you inspired for the year ahead, so we’re pointing you towards two pieces of great fiction, showing you a couple of views on writing your fiction and linking to two first-rate writers who have written their own fiction.

If you haven’t read Invisible Cities yet, shame on you. Calvino managed, seemingly effortlessly, to unravel the ideas behind structuralism without being dogmatic or at all inaccessible. In Invisible Cities, Marco Polo is recounting his adventures to Kublai Khan, descriptions of cities are interspersed with conversations between the two, but they literally don’t speak the same language. Their mutual understanding comes from the use of various objects that have a meaning to both of them. See how you find this incredible book online and then go out and grab a copy.

The Bookmaking Habits of Select Species

Ken Liu, speculative fiction writer and programmer, has written a short story documenting the ways in which select sentient species commit their history into physical form. The descriptions travel from courage and persistence through to extreme sadness. It’s a cleverly constructed story that illustrates the creativity of existence.

Pulitzer Prize-winning novelist, Jeffrey Eugenides, gives advice to young writers on how to write posthumously and how to go back to writing for yourself.

How to Write for Money Without Selling Out Too Much

From the other side of the writerly discussion, Charlie Jane Anders talks about writing for cash and how to balance an income with your own creative ethics.

The British champion of cyberpunk and winner of the Arthur C. Clarke Award, Jeff Noon, is interviewed by Bella Pagan from Tor Books. His novel, Vurt, is set for a special edition 20th anniversary release which will have a set of new stories  expanding Noon’s universe. 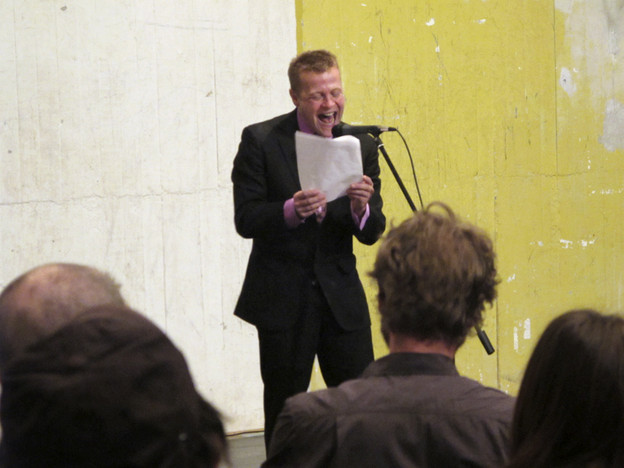 Christian Bök has spent the last eleven years researching microbiology with the sole purpose of transcribing a poem onto a strain of bacteria. The bacterium is able to survive extreme cold, heat and even the vacuum of space. Now, the project is coming to a head with a first publication, with a prepared slide complete with the bacterium, set for next year.